SD Intensity shows out at Creme of the County 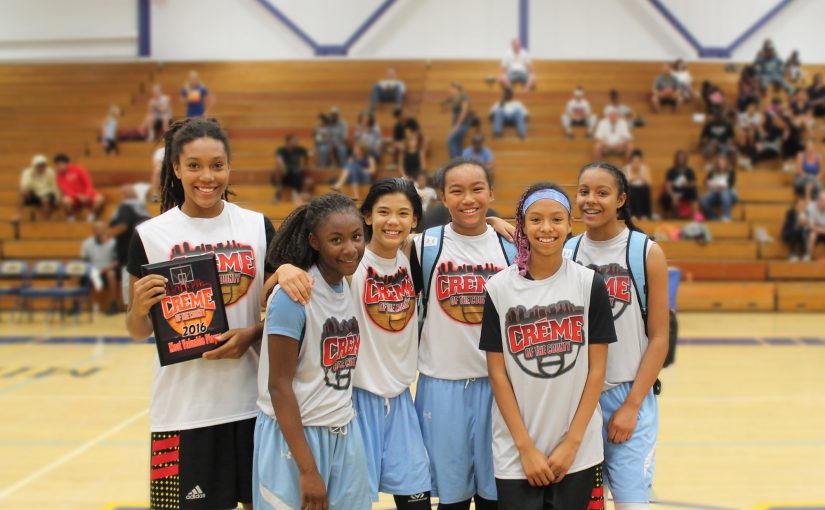 SD Intensity represented this past month.  Six players were participated in the inaugural Creme of the County girls’ basketball game and they were among the top performers. Diaper Dandies Game 1 features players from the class of 2022 and 2023. Diaper Dandies Game 2 was strictly for the 8th graders. We’re super proud of these ladies for showing out in front of their San Diego community.

Read the write ups below.

#79 Salma Youngblood (Longfellow)
Long athletic wing with guard skills. Good range 10-15 out. Displayed some play making ability by putting the ball on the floor and finding her teammates.

#13 Mahkaylah Cline – (La Mesa Arts Academy)
Little hustler….competes at a high level and has a chance to be really good.

#61 Jaleah Raymond – (Longfellow)
The breakout performer in this game. Played with a lot of heart and passion…knocked down some big 3 pointers and played great defense.

#28 Keila Teruya – (Notre Dame)
Had a nice game contributed on both ends of the floor.

#98 Angelica McBride – (St Didacus)
Good size for a SG, and nice skill level. Will definitely make an impact at the high school level.

Read more about the Diaper Dandies >