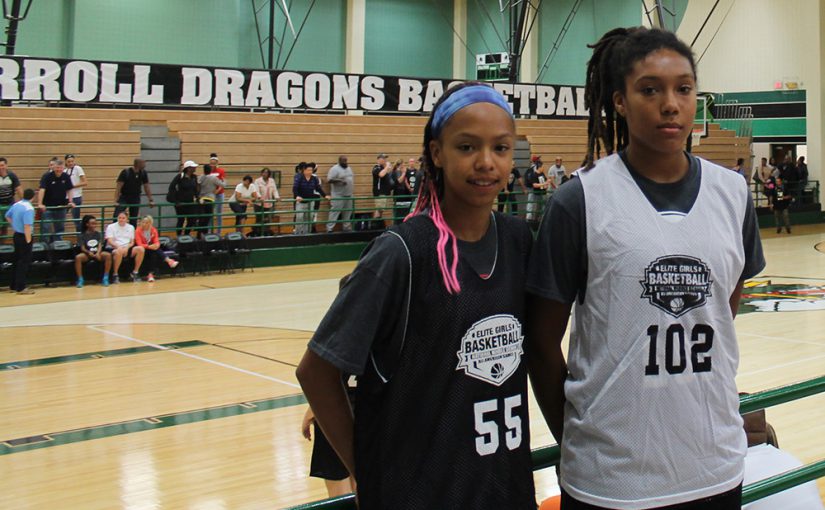 Earlier this month, Salma Youngblood and Isuneh Brady participated in the 2nd Annual Jr All American Games by Elite Girls Basketball and Bluestar Media. The two 7th graders were selected out of hundreds of players in the country to compete on April 2nd, 2017 in Dallas, Texas. Ice and Salma were two of only four 7th graders from California at the games. They both represented San Diego and Intensity well.

Below is a write up by Insider Exposure Media on Isuneh.

Isuneh Brady – SD intensity (CA) – 6′ F/Post – Great frame, built like a Power5/BCS level player already. Does a good job of running floor and can put the ball on the floor enough to drive to the basket and score.
Read the full article by Insider Exposure Media here.

Ice was mentioned in an article by NYG Hoops Report, read here.

Brady was also mentioned on Twitter with these tweets.